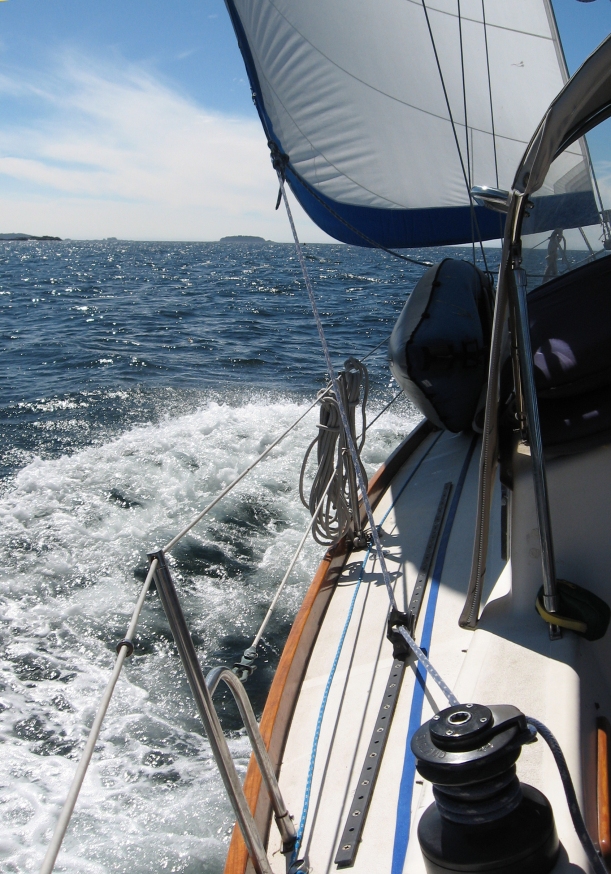 Crazy as it sounds, I often hear sailors talking about getting away early “before the winds build”.  What???  Isn’t wind a requirement for sailing?  I think the main culprit behind this line of thinking is powerboat centered guidebooks.  While many guides that cover the coast of BC are written by people who can sail (read used to sail), few are written by those currently sailing.  As far as I know there are two: the Dreamspeaker series by Anne and Laurence  Yeadon-Jones and Best Anchorages of the Inside Passage by Anne Vipond and William Kelly. 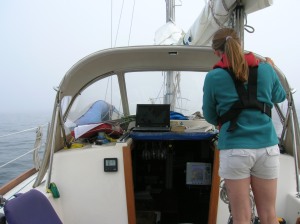 Keeping a close watch on a foggy morning motor

The rest, most of which are excellent and very useful when it comes to covering destinations, contain lots of advice about how to best avoid the wind and the resulting seas during passages.  Mostly, this advice involves leaving early.  While there are passages where this makes sense regardless of where you boat (west bound up both Johnstone and Juan de Fuca Straits or any passage with considerable current for example), the majority of the time this early rising business simply leads to long, boring motors, sometimes in the fog. My advice: don’t leave too early.  What’s the rush?  Sleep in, enjoy your breakfast, wait for the fog to lift.  On a sunny day, much of our coast develops a sea-breeze by noon.  We’ve found Queen Charlotte Strait to be particularly reliable, and it’s small enough to cross in a couple of hours; start your crossing at noon and you’ll still arrive at your destination in plenty of time for happy hour.  So, remember, leaving in the early hours is a wind avoidance strategy for those looking for flat water.  If you want a decent sail, do the opposite, and enjoy the free ride. 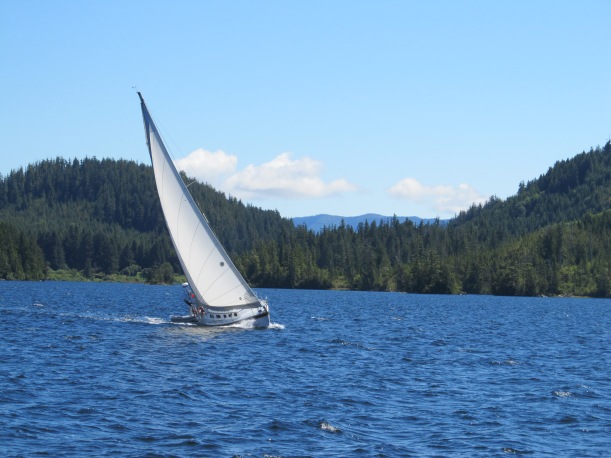